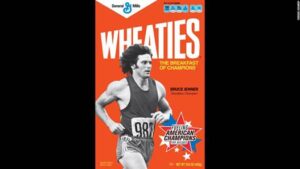 BRUCE JENNER COULD BE ON THE HOOK FOR MILLIONS IN DAMAGES

Earlier this month, Bruce Jenner negligently caused a car collision which resulted in the death of Kim Howe, a 69-year-old woman Calabasas woman.  Based upon the initial facts surrounding the car accident, Ms. Howe’s surviving family members have a civil wrongful death claim against Jenner.

When a death is caused by an auto collision, typically, the surviving family members sue the driver that negligently caused the collision. If the negligent driver has auto insurance, the insurance company defends the driver and will pay the family for their lost, up to the insurance policy limit.

As an attorney representing the victim’s family, the question I always ask is, “how much money is available to compensate this family for their loss.”  Although no amount of money can take the place of a lost loved one, the civil justice system provides only monetary remedies.

The question of compensation usually begins and ends with the insurance policy limit.  The reason is that most negligent drivers can’t afford to pay a large judgment.  Most negligent drivers, don’t have millions or even tens of thousands of dollars sitting in the bank.

A personal injury attorney can obtain a judgment against an individual for negligently causing the death of another person.  However, when the judgment is entered against a high net worth individual, the entirely of the judgment is collected and paid to the surviving family members.  Here, the family of Kim Howe should pursue a judgment against Bruce Jenner for the full value of the loss of their loved one.

This could play out in multiple ways.  Most likely, an out of court settlement would be reached in which the family is reasonably compensated and the case comes to a close.  However, if no settlement is reached, the case could go to a jury.

Imagine that a reasonable Los Angeles County jury would value the loss of this Ms. Howe’s love to her family at 5 million dollars.  If initial reports are true that Bruce Jenner’s auto insurance policy limit is $250,000 per person with no umbrella coverage, the result would be damaging to Bruce’s finances.  First, Bruce Jenner’s auto insurance policy would pay the family $250,000.  Second, Bruce would be on the hook for the remaining $4.75 million. If Bruce didn’t have an umbrella insurance, then all of his personal assets are subject to seizure and sale to pay for any verdict in excess of his  insurance.

If Bruce only had a $250,000 auto insurance policy, he didn’t do enough to protect his assets from his own automobile negligence.  If you were in Bruce Jenner’s shoes, what would happen to you?  Would your insurance policy be enough to compensate the victim’s family for their loss?  Do you have personal assets that might be pursued if your insurance policy limit was insufficient?  Now consider that an umbrella policy of 5 million dollars would have cost Bruce Jenner about $108 per month.

Buying liability insurance doesn’t just compensate those you harm, it protects yourself and your assets from financial loss when tragedy strikes.